Skip to main content
DOWN GOES #4 UCONN WBB beats UConn for the 1st time ever!

The Case Against ... DAYTON.

Share All sharing options for: The Case Against ... DAYTON.

It's time to continue our series of public service announcements to our young readers.  This week, we'll take a look at why we hate the Dayton Flyers. 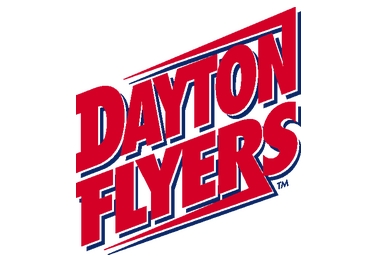 Sure, they're not a conference rival, and, sure, Marquette's only played Dayton once in the last seven years, and, sure, it's bad form to pick on a school that's nicknamed after a little red wagon, but whatever: I've got some things to get off my chest.  So let's jump.

The all-time tale of the tape tilts in Marquette's favor in the matchup with Dayton, as the Golden Warrior Eagles have beaten the Flyers 20 times in 34 games.  Recently, though, it's been all Dayton, with the Flyers taking five of the last six contests, including a 89-75 drubbing in something called the Chicago Invitational Challenge (which wasn't played in Chicago, and wasn't much of a challenge, since it only involved four teams) in November 2008.

* Before you saying anything: Yes, I know that Dayton won the NIT this year.  Congratulations on your Certificate of Participation in the 2009-'10 NCAA Basketball Season.

Barnum and Bailey called and said to tone it down: A gaggle of us attended Marquette's game at Dayton in January 2003.  We had to watch Ohio State win the national championship the night before (see above), and our seats for the game weren't great, and Marquette eventually lost the game in overtime, and some snot-nosed 12-year-old tried to give Warrior Brad shit about it as we left the gym (WB's response: "Shut up before I rip the braces off your teeth, kid"), but other than that, it was a great time.

ANYWAY, the thing that I remember about that Dayton game -- aside from Warrior Brad taunting a group of Dayton fans after a remarkable dunk by Dwyane Wade to tie the game: "YOU DON'T HAVE ANYBODY WHO CAN JUMP LIKE THAT!" -- was Dayton's band.  I don't know if it was the marching band, or the pep band (and, frankly, I don't care enough to look into it further), but HOT DAMN did the band director get into it.  Dude acted like John Philip Sousa himself was in the crowd: marching around, high-steppin' all over the court, and pumping his baton-thingy up and down.  I mean, the crowd seemed to get into it, and he didn't seem embarrassed, but the whole spectacle had the out-of-towners in stitches.  It was the most ridiculous thing I've seen on a basketball court -- and I've been to multiple games which involved Rick Pitino, Bob Huggins, Bo Ryan, and Tim Higgins.  Just sayin'.

Yes, it's even better than the "UC = Unsupervised Convicts" sign that was confiscated from us before our game against 'Nati: The game Marquette played against Dayton my junior year (which was ... '01-'02?  I think?) provided the backdrop for the best fan-made sign that I've seen at a Marquette game.  Here's the set-up: during my sophomore year, Marquette demolished the old student union, which was named after some dude named Brooks.  (I don't think it was the old fella from Shawshank who hanged himself after he was released from prison.  I have my people researching the issue.)  As luck would have it, the '01-'02 Dayton team featured a young man by the name of Brooks Hall, the exact name of the old student union.  Some enterprising youth seized on that opportunity to make a sign that read, in simple, block letters:

WE TORE DOWN BROOKS HALL