BADGER HATE WEEK: Behind The Music: The Boys Of Sigma Alpha Epsilon

Share All sharing options for: BADGER HATE WEEK: Behind The Music: The Boys Of Sigma Alpha Epsilon

[Rubie sez: I know we said we were going to re-run the BADGER HATE WEEK posts from last year every morning this week, but Andy's earned the front page for the whole day with this effort. We'll get back on schedule tomorrow. Please enjoy.]
The year was 1991. Operation: Desert Storm began and ended. Scott Norwood was banished from Buffalo forever. The Soviet Union dissolved. And in Madison, three brothers of the Sigma Alpha Epsilon fraternity began their path to Wisconsin Badger immortality. 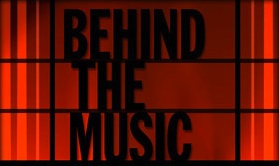 During the summer of 1991, Daniel "Trey" O'Connor III, Spencer Anderton, and Nathan Markewicz were your typical fraternity boys during summer break: they did just enough work to keep them in crappy beer and ramen noodles and generally wasted as much time as possible. The highlight of their time wasting was the brand new game for Sega Genesis, Sonic The Hedgehog. The lads took turns attempting to traverse the six Zones to defeat Dr. Robotnik.

TREY: Spence was the most hardcore about it, which was hilarious, because it was actually Nathan's Genesis.

Eventually Spencer was the one to complete the game for the first time amongst the trio.

NATHAN: He completely flipped out! He just started jumping around the entire TV room.

TREY: Easily the funniest thing I have ever seen him do.

NATHAN: From that point on, whenever Spencer finished anything, anything at all, we asked him if he was going to start jumping around. He HATED it so much.

TREY: So we had a party at the house a couple of weeks later -- this would have been late July -- and I saw Spencer sitting in a lawn chair out back and he finished the beer he was drinking. I shouted at him: HEY! YOU FINISHED YOUR BEER! GET OUT OF YOUR SEAT AND JUMP AROUND!

NATHAN: I heard Trey shouting at Spencer, so of course I joined in. I shouted "JUMP AROUND!" at him, too, and then everyone in the yard started chanting JUMP! JUMP! JUMP! JUMP! at him. You know how parties are.

SPENCER: It was my third beer and twentywhatever people are chanting "Jump!" at me. I had to.

It quickly became tradition at Sigma Alpha Epsilon. At some point during every party, Spencer would start jumping around.

SPENCER: It got to the point where I had to embrace it, y'know? Make a big deal out of it. Nathan played trumpet in the marching band, so I got him to play something before I started. He said it was a fanfare from some song from the 60s, I don't know. I wasn't paying attention. I thought it sounded awesome, though.

NATHAN: It was on a record my dad had. It stuck with me, and I had figured out how to play it in high school, so it was easy to do over and over.

With the annual fall Greek Olympics coming up, the boys knew they had a little bit of something for the Open Mic contest, but it needed more.

TREY: Everyone knew about Spencer and the jumping and the trumpet announcement, so we figured we had to build something off of that.

NATHAN: We liked to play LL Cool J's "Mama Said Knock You Out" at parties, 'cuz we're diverse and stuff, so we figured we could make our own rap song. It didn't have to be good. I mean: MC Hammer, y'know?

SPENCER: We worked in some lines about how great our frat was and our favorite bars on State Street, made a reference to Sega, since that started the whole thing, and then the big finale was me jumping around. Cutting edge stuff, for the time.

TREY: It was a huge hit. Nathan played the trumpet bit at the start, but we kept Spencer off stage until we got to the end. I shouted "GET OUT OF YOUR SEAT AND JUMP AROUND!" just like the first time, Spencer jumped through the curtain, and BOOM, whole place was jumping.

Sigma Alpha Epsilon won the Greek Olympics that year largely because of the crowd reaction to their performance. But that's where it all came crashing down.

TREY: One night after way too many beers, I remembered that if you mailed something to yourself, you owned the copyright to it. [BEHIND THE MUSIC DISCLAIMER: Trey's legal opinions are his alone and are not endorsed by BTM]. In my haze, I decided that we needed to own the copyright for the rap song we wrote. So I grabbed the lyric sheet and made a second copy so I could send one back to the frat house and one to my parents' house, just in case the frat house didn't count as my residence. I was pre-law at the time [BEHIND THE MUSIC DISCLAIMER: emphasis ours], so this made a lot of sense. I shoved them into the first two envelopes I could find, stuck the audiotape we made from the Open Mic contest in one, sealed them both shut, put stamps on them, wrote what I thought was my parents' address back in California on the one with the audio tape, and then apparently sat down and passed out on the couch, based on where I woke up. (Ominous music.) Never saw either one ever again.

SPENCER: I was walking through the TV room and I saw Trey curled up on the couch with two stamped envelopes on the table near him. One was to the town he was from, so I figured it was a letter home and the other was the pre-addressed envelope we got to send our student football ticket renewal form back in to the athletic office. I knew Trey definitely wanted tickets for next season -- I mean, we had just won 5 games for the first time since 1985! So I stuck both envelopes in the mailbox.

PAT RICHTER, NOTED STICK IN THE MUD AND UW ATHLETIC DIRECTOR, 1989-2004: We got this envelope in the mail. It had a student football ticket renewal form and a piece of paper that had an nearly illegible note on it. The note said "WHOEVER RECIEVES [sic] THIS LETTER OWNS THE COPYRIGHT TO THE JUMP AROUND SONG" at the top and had what appeared to be some very vulgar song lyrics below it. I didn't know what to do with it since I don't understand kids or music or fun or what you call "happiness," but I'm not one to turn down the chance to own a song and not have to pay those dirty music business hippies anything to play the songs at football games. So I stuck it in the bottom drawer of my desk and forgot about it.

DANIEL O'CONNOR, AKA "DANNY BOY," MEMBER OF HOUSE OF PAIN: I get this envelope addressed to me in the mail. It's got song lyrics on it. I show it to Everlast and DJ Lethal and they agree with me: it sucks, a lot -- like something Vanilla Ice would write after a three-week cough syrup bender -- but the last lines are OK. So we write a song, put it on our first album, and now we're stupid rich.

PAT RICHTER: I was watching one of our fine Big Ten institutions play a football game on TV one afternoon in 1998, and I saw an ad for Pringles. Now, I like Pringles -- not as much as Fritos, mind you, but they're acceptable so long as it's not some exotic flavor like sour cream 'n onion. Anyway, I enjoy Pringles enough to where I paid attention to the ad to see what new information about their product I could learn. There was some very loud music playing, a bunch of young people acting foolish, and the kindly mustachioed gentleman on the Pringles can was magically singing along with the music. I was just about to change the channel, close my eyes, and count to 15 and hope the music would be gone by the time I came back when I heard the words "jump around" in the song. Suddenly I remembered the lyrics in my desk drawer and the note written on the paper. I called Beverly and told her to find out who wrote this song.

MICK CARMODY, CAMP RANDALL SCOREBOARD DEPARTMENT SUPERVISOR, 1998: Mr. Richter came running up to me on October 9, 1998 and gave me a CD and ordered me to play the song on it during the Purdue game the next day. Then he walked away while laughing in a maniacal fashion. Mr. Richter was always a very strange man. Anyway, the song on the CD was "Jump Around." I knew the song, so after we went scoreless in the third quarter against Purdue, I played it to get the students fired up again. The rest, as they say, is history.

TOM OATES, UW HOUSE ORGAN / VERY IMPORTANT PERSON: SEE? WE OWN THE SONG! NO ONE ELSE CAN PLAY IT! MOO HOO HA HA.

TREY: I'm such an idiot.