Share All sharing options for: Psychological Trauma Continues To Spread

Remember yesterday when we pointed out that Bucky fans were so traumatized by losing to Marquette so that they were unable to sell out a game for the first time since 2003?

As it turns out, losing 38 straight to Marquette causes you to not want to watch games against teams that lose to Marquette as well.

Since I bought tickets to the Marquette-UWM game last year, I am now subjected to emails from the UWM ticket department. This is mostly annoying, except when the ticket department hilariously points out that they haven't sold out their game against Wisconsin with just 4 days to go before the game. 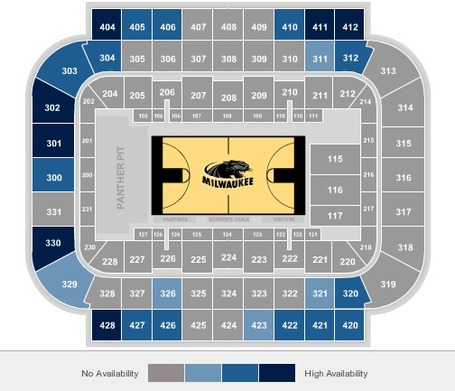 It's amazing what kind of damage that being beaten by Marquette can do to the psyche of a fan base.