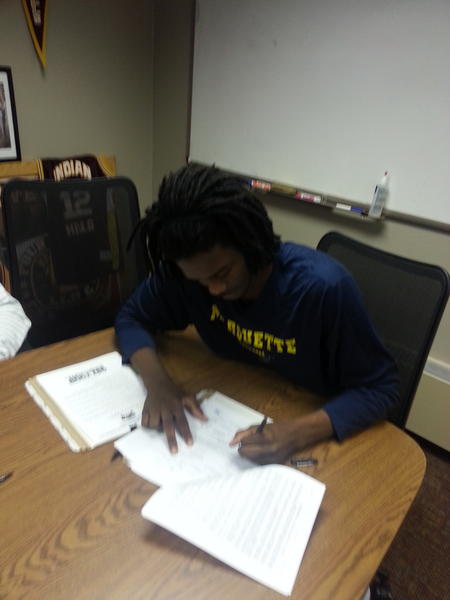 That's Jameel McKay, posting a picture of himself signing his national letter of intent onto his Twitter account, which was confirmed by MU basketball's official account minutes ago:

McKay is a sophomore at Indian Hills Community College and will transfer in to Marquette next fall with two years of eligibility remaining. That will put him into a junior class with Juan Anderson, Derrick Wilson, and Todd Mayo.

McKay was named a NJCAA First Team All-American last season after averaging 14.6 points and 7.7 rebounds per game. The 6'8", 200 lb. forward is a Milwaukee native and graduated from Pulaski High School, making him the third signed recruit from Milwaukee County after Duane Wilson and Deonte Burton.