The Inquisition: A Buckeye Is A Nut Edition, Featuring Land-Grant Holy Land

In anticipation of the Carrier Classic clash on Friday, we traded questions with Luke Zimmermann, the brains behind the juggernaut that is SB Nation's tremendous Ohio State-devoted blog, Land-Grant Holy Land.

Share All sharing options for: The Inquisition: A Buckeye Is A Nut Edition, Featuring Land-Grant Holy Land 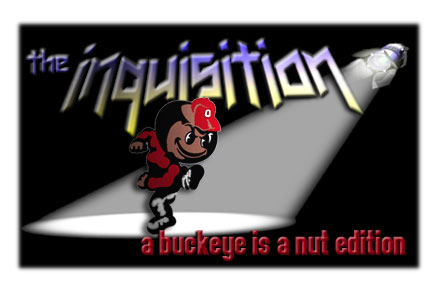 Brewtown Andy's answers to Luke's questions can be found here.

Our thanks to Luke for putting up with our nonsense. As is our custom: the next time you're in Milwaukee, the first round of Jäger is on us.

To the Qs and As:

Chris Farley Memorial Chris Farley Show Question: You remember that time when Ohio State beat Wisconsin by like 40 points in the last B1G conference game of the year and hit 28 threes and Jon Diebler scored 70 points and made Jordan Taylor cry and OSU fans trolled the hell out of Bo Ryan? 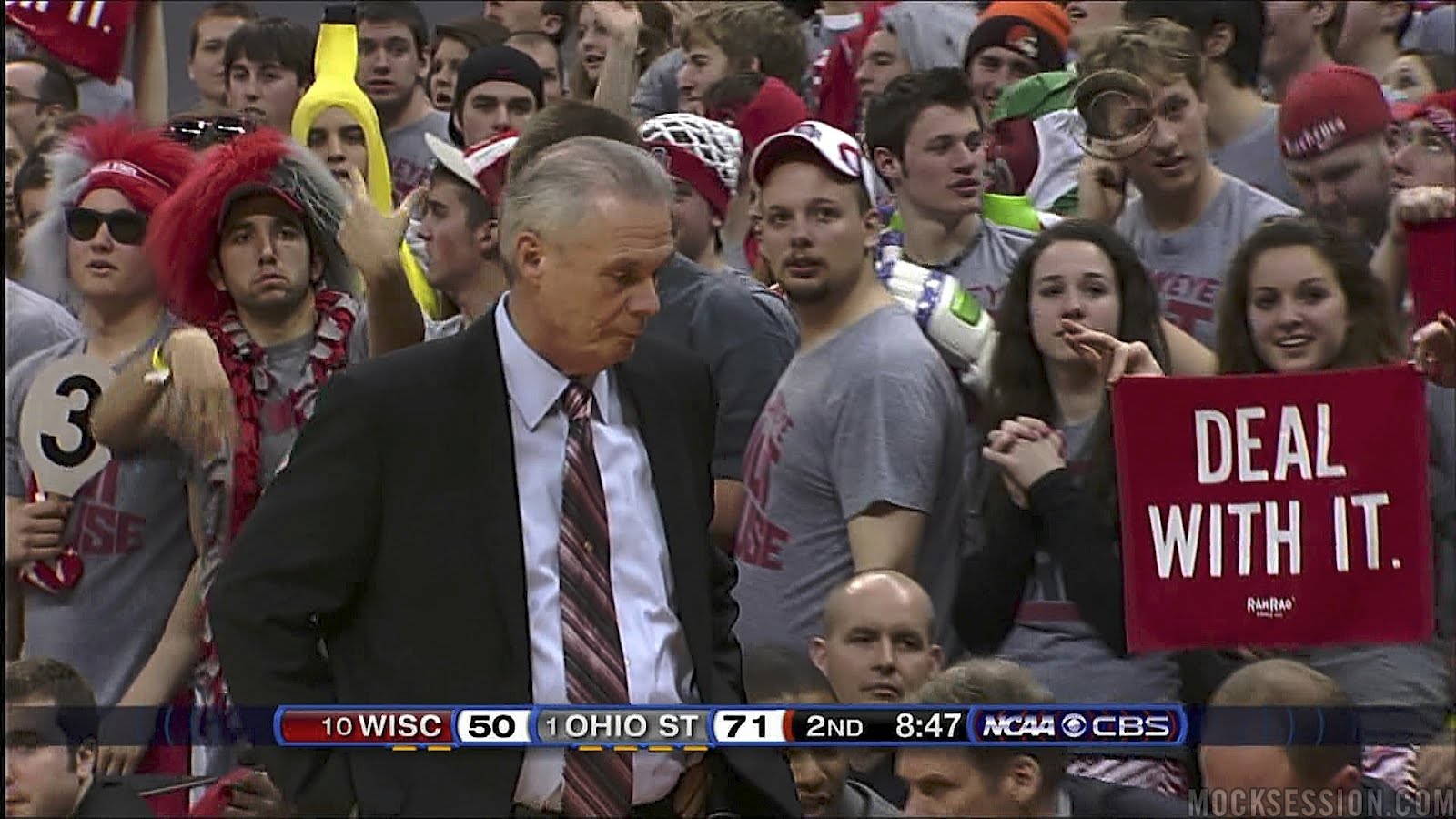 Anonymous Eagle: Ohio State is ranked 4th in the nation in both the AP and coaches' poll. I've seen national writer-types say that's way too high, and others say it's richly deserved. Who's right?

Land-Grant Holy Land: Ohio State's the real deal. Losing Sullinger isn't big of a deal as some might make it out to be. Taking his shots out of the equation opens up more for a continually progressing (and preseason AP All-American) Deshaun Thomas. Sullinger also was never quite himself last year battling through a bevy of injuries and having to adjust physically having lost a good deal of weight from his freshman to sophomore year (sounds insane, but honestly, he didn't have the same physique and couldn't do some of the same things from year one in year two).

Aaron Craft will only continue getting better, Lenzelle Smith is one of the better defenders in the country, and if LaQuinton Ross is as good as many NBA scouts think he can be, this team might inexplicably be even better than advertised.

Now of course if Ohio State never finds a viable interior presence and/or Thomas isn't exactly what the Buckeyes need him to be, well, things could get interesting, and probably not in a good way for the OSU faithful.

2) Kraft dinner - Got me through my freshman year in Stradley Hall in Columbus.

3) Robert Kraft: So what if The Kraft Group has nothing to do with macaroni? SUPER BOWLS. Plus, Mike Vrabel is a Buckeyes football assistant coach now.

AE: Jared Sullinger ended up in third place on the KenPom.com Player Of The Year list last year. Marquette fans have an idea of what Sullinger meant to Ohio State, as Jae Crowder finished 8th on that same list. What will the Buckeyes miss most about Sullinger this season and who will have to step up this year to replace him?

LGHL: Like I mentioned earlier, that's almost mind boggling as I felt like he was even better his freshman year (or at the least wasn't what he could've been last year). The biggest departure is going to be the defensive rebounding. Amir Williams, a former McDonalds All-American, has the physique, but needs to work on his hand strength (he had some weird balls squirt out of his hands in Ohio State's exhibition game against Walsh). Evan Ravenel is a fine spot guy, but I have plenty of reservations about his viability as a starter. The offense will take care of itself, though.

AE: Since we're playing this game on a battleship: worst idea for a movie, Battleship, Transformers, or G.I. Joe?

LGHL: Battleship is just a really, really stupid concept. Plus it was just Transformer derivatives. G.I. Joe could've just been a "Black Hawk Down" rip off and been awesome, but alas. Et tu, Peter Berg?

AE: True or false: Bo Ryan is a vampire that survives by draining the life from college basketball games.