As far as love letters go, it was a both tardy (seeing as how Arkansas had filled Petrino's position months earlier) and underwhelming (Bert didn't even sign it "thinking of you" or "you're in my heart"), but with Bielema's move to Fayetteville last week, it appears to have done the job.

But the version you saw yesterday was the final edition of a painstakingly crafted missive. Anonymous Eagle Bureau of Nonsensical Investigation Special Agent Badger Noonan tapped his extensive list of contacts in Madison and eventually uncovered this, which is apparently the first (and discarded) draft of the letter that eventually made its way to Jeff Long's desk: 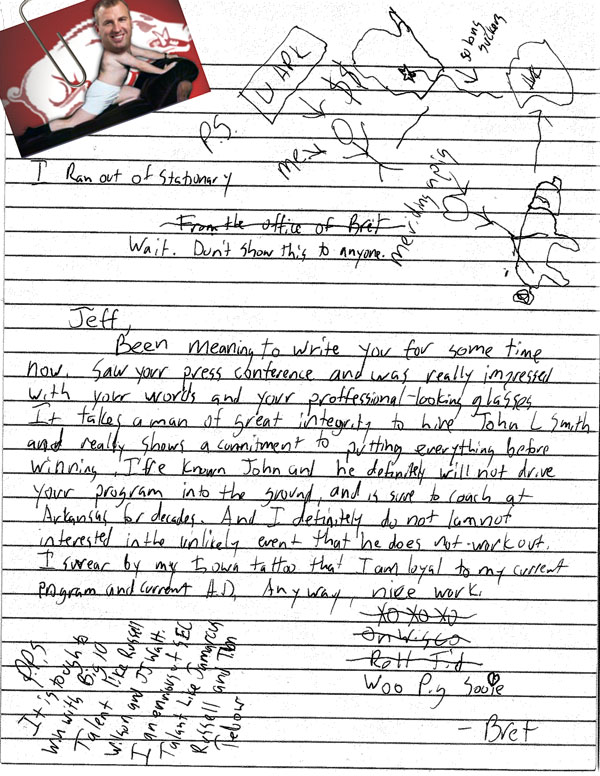