Hit the jump, and we'll get to this week's installment!

All Marquette fans are big supporters of Wesley Matthews. Not only for his 4 years of playing for the Golden Eagles, but for the way he fought and clawed his way into the NBA after going undrafted in 2009 as well. After an outstanding rookie season with the Jazz, Matthews found himself a free agent and signed a lucrative offer sheet with the Portland Trail Blazers. Well, it looks like he put some of that cash to good use at home. Check out the floor of the gym in the pictures. 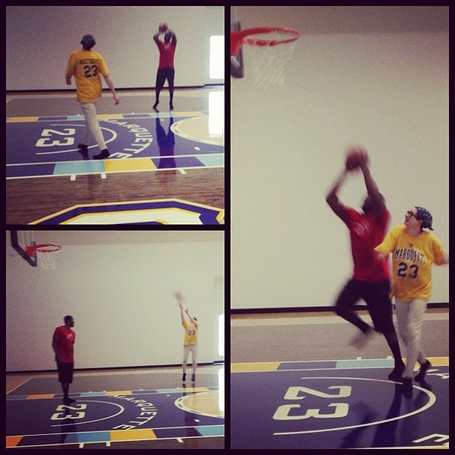 Have you seen a Marquette related tweet that you'd like to see in this spot in the future? Send the direct URL link to anon.eagle@gmail.com and be sure to send your Twitter tag along with it so we can give you credit for finding it!