What The Hell, Michael Hunt?

I'm not asking for much. Just a copy editor.

If you buy something from an SB Nation link, Vox Media may earn a commission. See our ethics statement.

Share All sharing options for: What The Hell, Michael Hunt?

For a moment, let's ignore the fact that this blog post from Michael Hunt of the Milwaukee Journal Sentinel is time stamped at 7:06pm on October 30th, and it's currently over 6 hours later as I type this and @js_goldeneagles has yet to tweet a link to it.

Let's dig into the content of what the JS's Marquette beat writer had to say.

Emphasis is mine. Look. We know you don't have a copy editor for these blog posts. So if you're not going to run them past anyone else, could you at least read them out loud to yourself before you hit submit to avoid this kind of goofballery? That's what I do.

Right now, several players are being played out of position as the Golden Eagles work on replacing the three departed perimeter players. Forwards Juan Anderson and Jamil Wilson are being asked to be out on the perimetermore.

Except I think everyone expected Wilson to be a little more perimeter oriented this year, and part of the news of Anderson returning was that he would be more of a perimeter player. So I don't know if those guys are REALLY out of position. Whatever. If Buzz says they're out of position, then they are. I won't even make fun of the lack of a space in "perimetermore." Simple typo. It happens.

Right now, senior Jake Thomas, who almost left the team in the offeseason along with Anderson, is the starter.

Anyone know a good flavor of bleach? Also: "offeseason?" Seriously. Proofreading. It's all the rage in Denmark.

Devante Gardner and Steve Taylor are backups if one of them doesn't start. 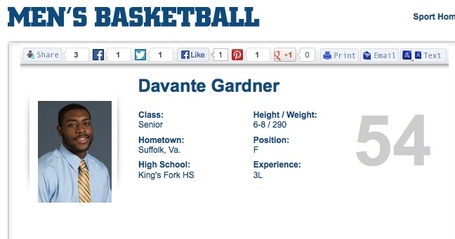 Again, emphasis is mine. Don't feel bad about having to take a peek at the GoMarquette.com roster page if you need to double check the spelling on a dude's name. I still have to check on volleyball's Meghan Niemann.

The other two remaining freshmen, JaJuan Johnson and Devonte Burton, have impressed Williams and will be in the rotation on the perimeter.

DAMMIT, WHAT DID I JUST SAY ABOUT CHECKING THE ROSTER PAGE? If you feel bad about that, how about checking your own archive of blog posts? Granted, it apparently won't help you get Gardner's name right, but it will help on Burton's!

It's going to be a long ass season if I have to keep writing these every time something new gets posted on JSOnline.com.