The NCAA Is A Bunch Of Hypocrites

And not for the usual reasons that you're thinking of.

Share All sharing options for: The NCAA Is A Bunch Of Hypocrites

So this came rolling through Twitter tonight, as originally retweeted into my stream by The Sporting News' Troy Machir:

My gut reaction is that I want to empty my guts. That's terrible. Of course, this is from the same school that said "Hey, we're moving into the AAC this fall, let's get a court that looks as much like a paved blacktop court as possible," so all bets are off on whatever they were thinking.

So while I was busy being pleased that Fr. Pilarz and Larry Williams had guided Marquette out of a conference that included having to watch those unis, that's when loyal reader (you can tell by his Twitter avatar) Eric pointed something out:

@AnonymousEagle I thought stripes across the chest were illegal?

The NCAA has in the past declared various Marquette basketball uniforms illegal, including this beauty, as worn by Jim Chones: 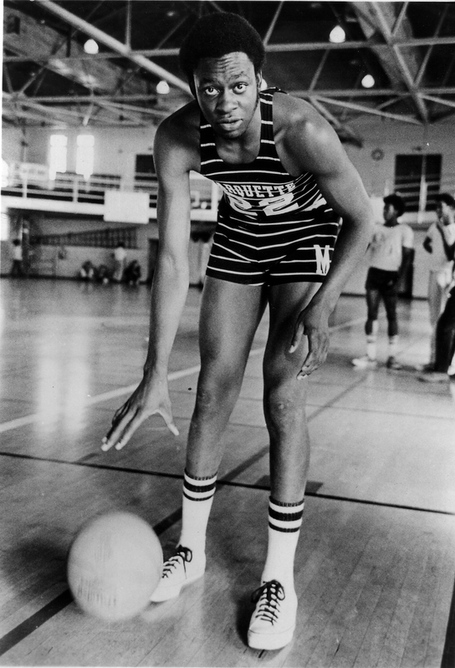 The official reason the NCAA banned those bad boys? Because of their "psychedelic effect." If there's ever been a more 1972 reason for something, I'd like to hear it.

So, apparently we have the NCAA's ruling on thin stripes. Horizontal: IT MELTS OUR EYES, MAAAAAAN. Vertical: TOTALLY COOL.