Not another DePaul blow out to talk about....

Share All sharing options for: 2.20 Around The Big East

1) Sad Pitt Bear has a friend. Last year, there was a chap in the student section at the Petersen Events Center wearing a bear costume. Upon further review, it appears to be a costume of Ted from the movie of the same, but that's not the impression you got from seeing him given the time and score against Marquette: 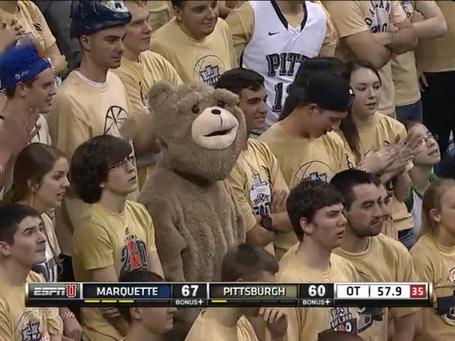 Thus was born Sad PItt Bear. And now, he has a Russian friend.

#Sochi2014 Bear is inconsolable after Russia's loss to Finland in the #IceHockey... :-( pic.twitter.com/8nOAw3Cqdr