Get the latest Marquette Golden Eagles news with Anonymous Eagle

I used to intern at ESPN Milwaukee in college, just like a lot of the starry-eyed early twenty-somethings in Johnston Hall who would trade their left legs to get the letters "ESPN" on a resume.

The rented office space on 3rd and Wisconsin, which has since moved, had roughly the same relation to the mothership in Bristol that your average McDonald’s has to the corporate headquarters. It’s a local radio station dressed up with Worldwide Leader branding and some of its programming.

And Steve "The Homer" True is its face.

Each menial intern task revealed a new way that the station traded on Homer’s reputation as a decades-long presence in the Milwaukee radio scene. His face usually adorned one of the first few slides of pitch decks to potential advertising clients. Live, on-location shows were billed as being "WITH HOMER" in all-caps, in case you missed the relevant part of the announcement.

Of course, his work as the radio play-by-play voice of Marquette basketball and the host of its coaches show was well-promoted, with advertisements for both airing frequently.

He struck me as a nice enough guy and someone good at the central function of talk radio: to keep people from changing to a different station. There was always a new mini-controversy with Aaron Rodgers, another take to be debated about Steve Wojciechowski; some rant with enough juice to get the phone lines busy, but that could wrap up before the 30-second auto glass repair spot needed the air.

There’s nothing particularly revolutionary about his shows or the way he approached them and there didn’t need to be. It’s not like Wisconsin’s going to run out of Packers fans anytime soon.

A drive-time talk host can sling around lukewarm monologues about Marquette basketball relatively harmlessly. At the end of the day, it’s just 10 guys, a ball and two buckets.

Touchier issues like, say, a woman’s right to bodily autonomy or the systemic exploitation of black people over hundreds of years, might warrant more nuance; something other than issuing a drive-by comment and opening the metaphorical phone lines. 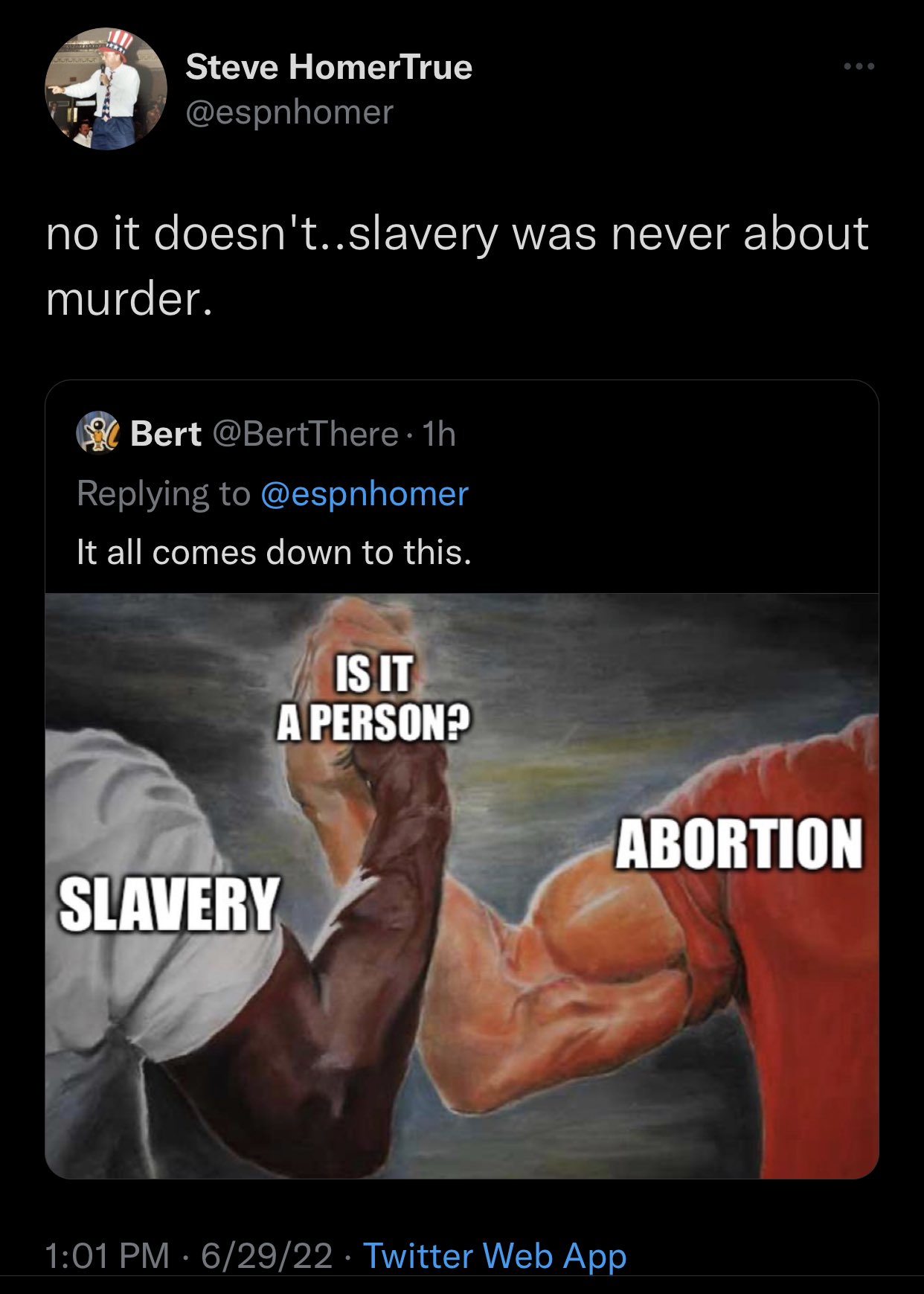 The gap from "is Marquette a tournament team?" to "do women deserve rights?" might seem like an odd one to traverse for ol’ Homer, but he’s proven quite adept at making similar leaps in the past. For instance, with the coronavirus pandemic, where he was JUST ASKING QUESTIONS:

What is going on?. The 7 day average of Covid deaths in Wisconsin has gone way up. but one thing has not changed at all. Almost 90% of all deaths are still people 60 and over.

He’s even found a way to combine his love of sports and incredibly weird obsession with race in a bit that he’s made sure to repeat several times.

This is one of the public faces of @MarquetteMBB. This is not consistent with what @MarquetteU values on and off the court.

Minimizing slavery? Obsession with race? There’s no need to put up with it. Marquette deserves and can do better. pic.twitter.com/qedNujvnWa

(Thank you to @CrackedSidewlks for compiling all of these, especially the first one, which has since been deleted.)

Once you wade past the yes-butting of slavery in the first tweet, the dismissal of human life in the second and whatever the hell is going on in the third, you start to notice something. There are very few actual thoughts here. There are instead thought fragments, unconstrained by burdensome punctuation, occasionally broken up by ellipses at random intervals, creating a kind of word soup that approximates E.E. Cummings after a head injury.

Syntax is far from the worst problem with most of what Homer posts outside of sports, but it’s an useful window into how Marquette’s play-by-play announcer views these serious societal issues. To him, coherence is not important, neither is moral clarity or consideration for the lived experiences of other people. What's important is that the right words are said to trigger a response. What's important is that the phone lines stay blinking, no matter what it takes to keep them that way.

It’s pretty easy to see how injecting poison into the discourse has profound real-life consequences. There are institutional efforts to punish the accurate teaching of slavery, and downplaying its effects has been repeatedly used as justification to ignore the plight of black Americans now. Nonstop lies about COVID-19 drove down vaccination rates and gave people a false sense of security pre-vaccine, resulting in hundreds of thousands of preventable deaths.

You don’t have to read too far into my writing to gather that I find these beliefs repulsive - as I’m sure quite a few Marquette Basketball listeners do - but it goes far beyond what I believe; it’s about what the university endorses. If the university were to hire, say, an accountant or IT specialist with these opinions, it might be reasonable to maintain that such opinions are irrelevant to whether or not they can be a good employee.

Homer’s play-by-play gig, on the other hand, offers an open microphone for more than two hours, dozens of times per year and an audience of thousands, to say nothing of the accompanying coaches’ shows and personal appearances. His thoughts are part of the Marquette basketball brand, full stop. It would be shoddy reasoning at best for Marquette to eagerly boost Homer’s sports opinions, but say that his personal ones are somehow irrelevant.

(There’s also the inherent tension of the university supporting racial justice initiatives, then sending its black head coach and majority-black team to go do interviews with someone that minimized the impact of slavery in a public forum.)

I doubt that anything is going to come of this as far as Homer’s employment status. "Catholic university severs ties with announcer for pro-life sentiments" is not a headline that anybody in charge of communications or donor relations for Marquette wants to deal with, which is why the Paint Touches blog’s request for some kind of response from the university may very well go unfulfilled. The phrasing of the university’s statement in the aftermath of Dobbs is all but a plea to bother someone else about it.

There is, however, nothing irreplaceable about Homer. His play-by-play is satisfactory; his interviews pretty much garden variety. Any gift he might have for provoking emotions strong enough to sell advertising against is now known as "trolling," and there are millions of people on every conceivable corner of the internet who will do that for free. There is no rhetorical difference between Homer and the average message board poster; the only thing that truly separates the two is the former’s reputation, which is inextricably tied to his identity as the voice of Marquette basketball.

It is not hard to imagine something better. Plenty of sports professionals actually care about having the most thoughtful take instead of just the most replied-to one. An even wider pool of sports professionals can be trusted to simply interact with an online audience without turning minority groups into punchlines. The blogfather’s assertion that Marquette Wire students could do better is not very far off from the truth.

Until that future arrives, I might suggest enjoying Marquette basketball games on TV, reading the Journal-Sentinel’s excellent coverage, supporting the Marquette Wire’s student journalism or engaging with any of the extended online MUBB community that has, to my knowledge, never done public racism in conjunction with their predictions for the upcoming season.